Watch all of our live streams and concert videos on our Facebook page. 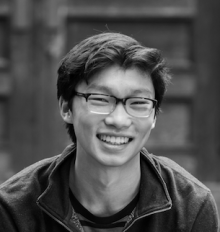 Leland Ko is a twenty-two-year-old cellist of Chinese-Canadian descent who was a long-time student of Ronald Lowry and Paul Katz before attending Princeton University, where he recently graduated with a B.A. degree. He will begin his studies at The Juilliard School in the fall under the tutelage of Minhye Clara Kim and Timothy Eddy.

Leland was a member of the Boston Youth Symphony Orchestra (BYSO) and Boston Philharmonic Youth Orchestra (BPYO) for many years. With these orchestras he has had the opportunity to perform in many different cities all over the world including Boston, New York, London, Amsterdam, Prague, Berlin, and Madrid.

Leland’s love for chamber music has also led him to be an Artist in Residence of New York Piano Society (NYPS), as well as a frequent performer on Swedish pianist Per Tengstrand’s concert series “Music on Park Ave” at Scandinavia House in NYC. He is also the former Music Director of Opus 21, a student-run chamber music collective at Princeton.

Leland Ko was also a competitive long-distance runner for several years, but remains loyal to his original passion of tennis, both as a player and even more so as a fan.

Leland plays one of the many cellos made in Maine over the last few decades by Nathaniel Slobodkin and a Swiss-made bow by Pierre-Yves Fuchs.

Presented in Collaboration With...